This is a custom game concept  based off of the television show Doctor Who. Playable game board size 28 x 24 inches. 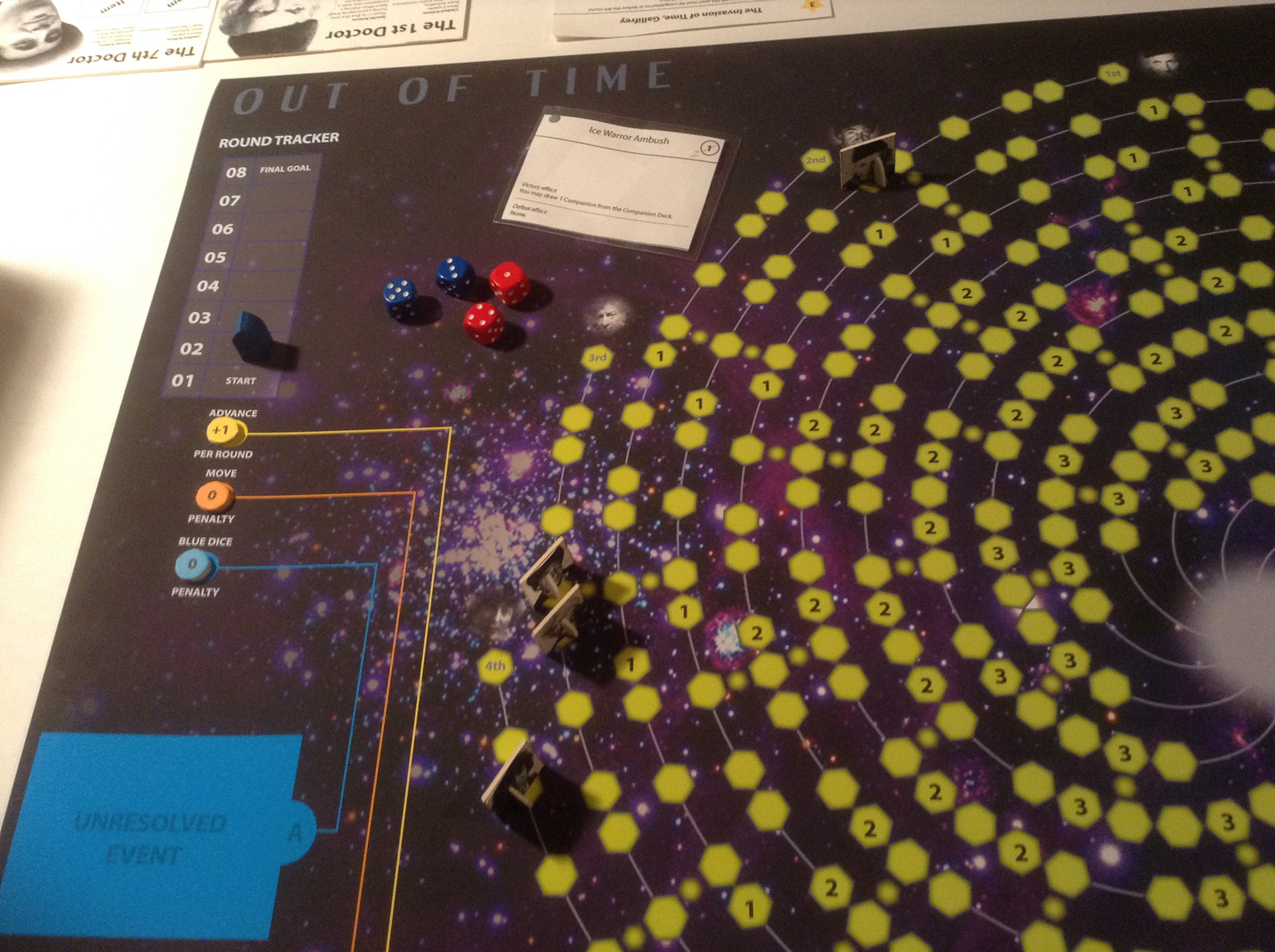 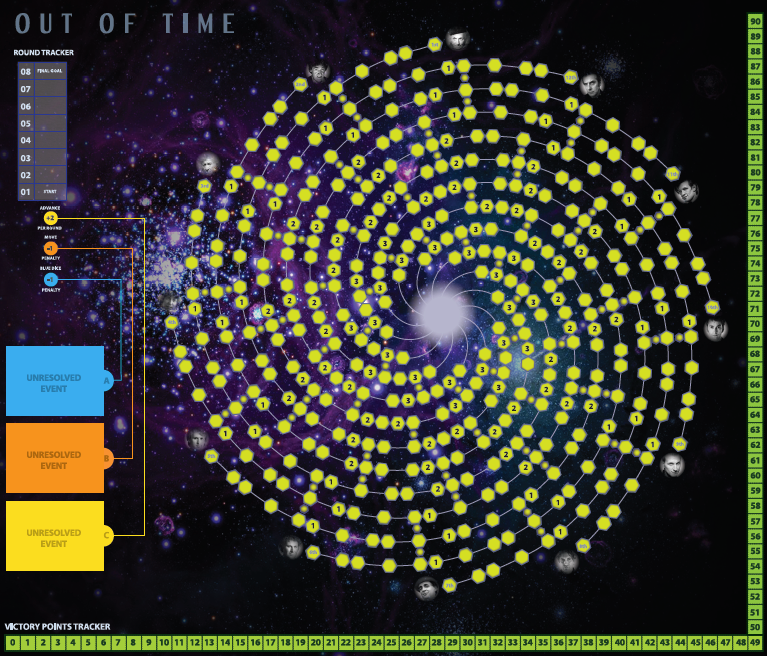 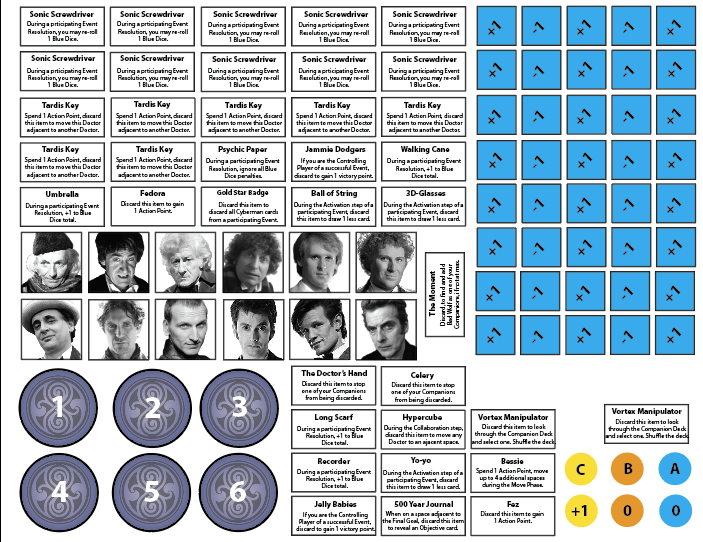 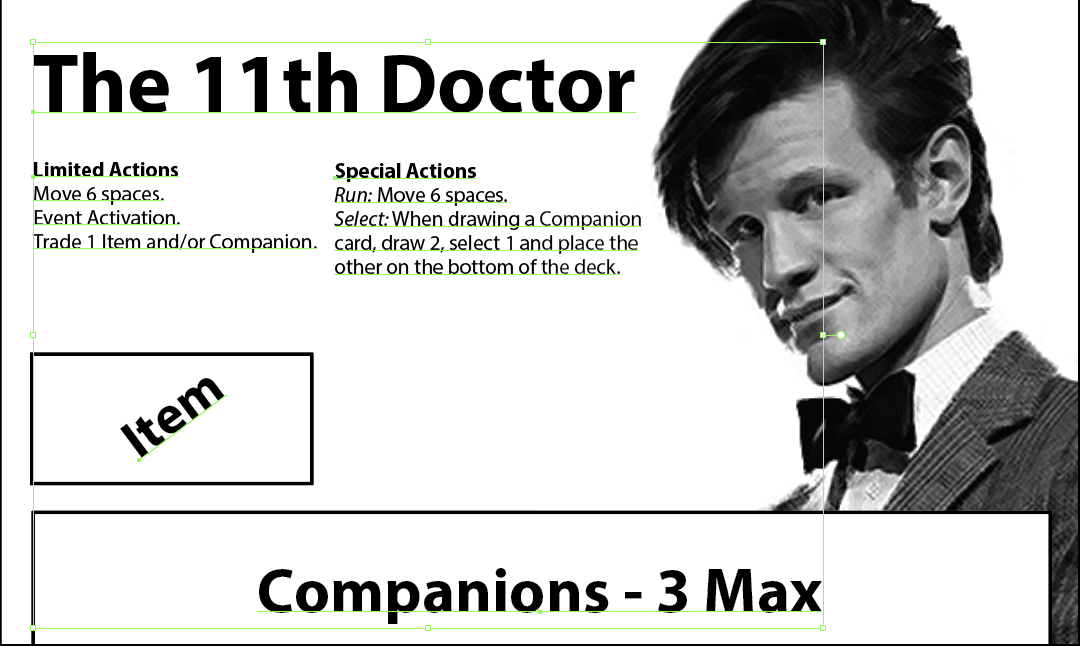 The Tardis grinds to a sudden halt and the cloister bell cries out in agony. The Doctor quickly flips on the monitor screen to get an outside view of the Tardis. Through the screen there appear several all too familiar blue Police call boxes, copies of the Tardis. Familiar faces start emerging from the doors of the duplicate Police call boxes; these faces all belong to former regeneration's of the Doctor. The cloister bell groans louder, there is something wrong with time itself. The Doctor realizes that every former regeneration will be needed in order to solve this catastrophic problem.
One important time-locked event within the Doctor's life has been changed, causing all of the good that they have done to be undone. The Doctor must work with past regeneration's to set time right again. Will they be able to succeed before time runs out?
Out of Time is a Doctor Who themed collaborative board game for 1 to 6 players. Within the game each player plays multiple versions of the Doctor that are working together to complete a known set of goals with several unknown but discoverable objectives (chosen randomly at the start of the game). The unknown objectives are revealed throughout the game as the larger goals become completed.
Players move their versions of the Doctor down the timeline and collaborate with other players to complete game events that provide victory points, items, and sometimes companions, which help the Doctor complete goals and objectives. Each successfully resolved event brings the Doctor closer to victory, while failed events make it harder for them to succeed. The Daleks and Cybermen, as well as many of the Doctor's enemies, will do their best to stop the Doctor from succeeding.
↑Back to Top